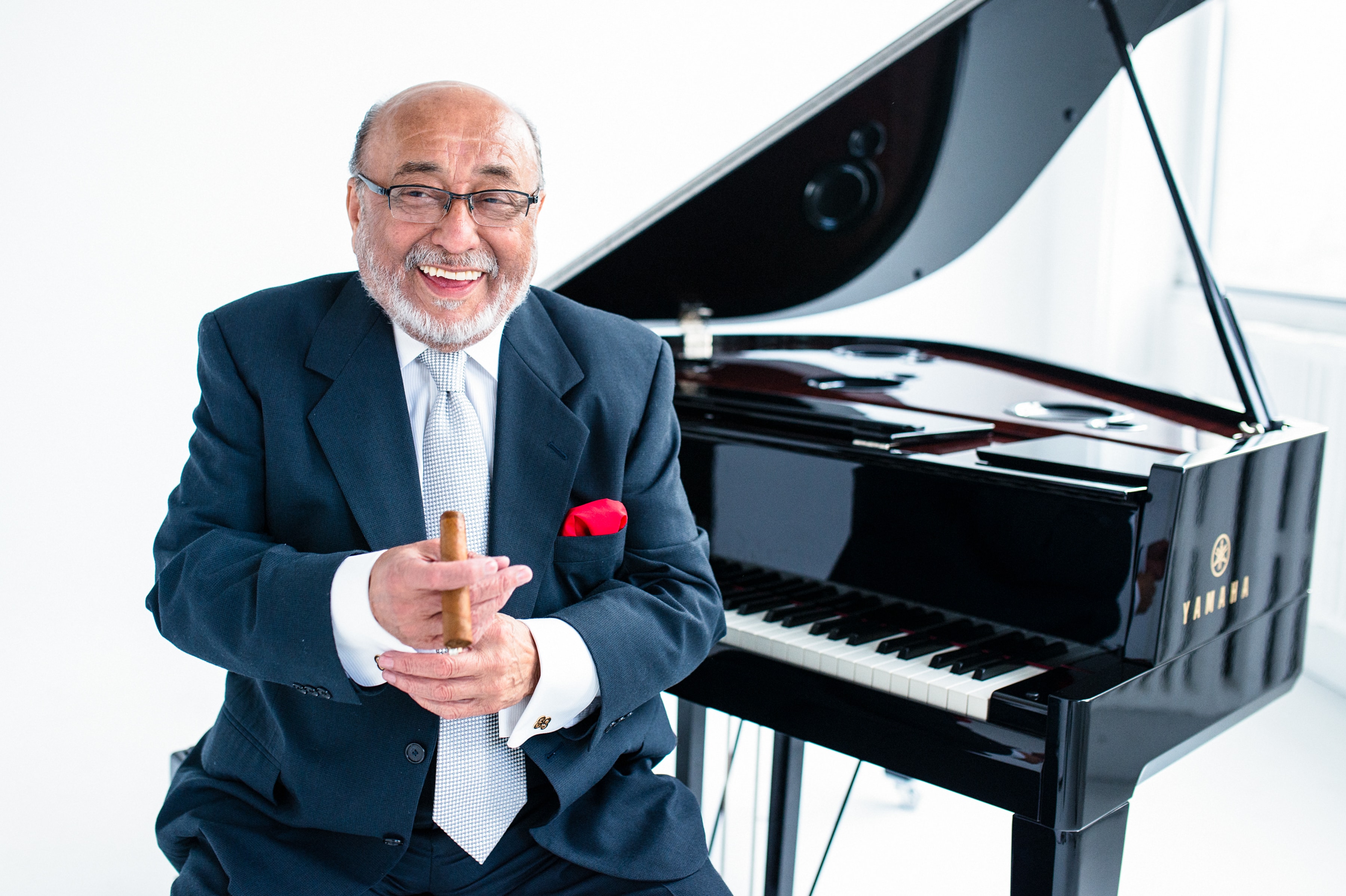 Known as one of the finest pianists of the past 60 years, Eddie Palmieri is a bandleader, arranger and composer of salsa and Latin jazz. His playing skillfully fuses the rhythm of his Puerto Rican heritage with the complexity of his jazz influences: Thelonious Monk, Herbie Hancock, McCoy Tyner as well as his older brother, Charlie Palmieri.

In addition to the Grammys, Palmieri has received numerous honors: Eubie Blake Award (1991); Most Exciting Latin Performance, presented by the BBC in London (2002); Yale University’s Chubb Fellowship, usually reserved for international heads of state, but given to Palmieri in recognition of his work building communities through music (2002); Harlem Renaissance Award (2005); Jay McShann Lifetime Achievement Award (2008), induction into the Oklahoma Jazz Hall of Fame (2008). A year later, the Library of Congress added Palmieri’s composition “Azucar Pa’ Ti” to the National Recording Registry, which at the time only included 300 compositions documenting the history of all of recorded music history in the U.S. With his widely popular eight-and-a-half minute “Azucar Pa’ Ti” Palmieri changed the format of the recording industry, breaking the three-and-a-half minute barrier imposed by the recording industry.