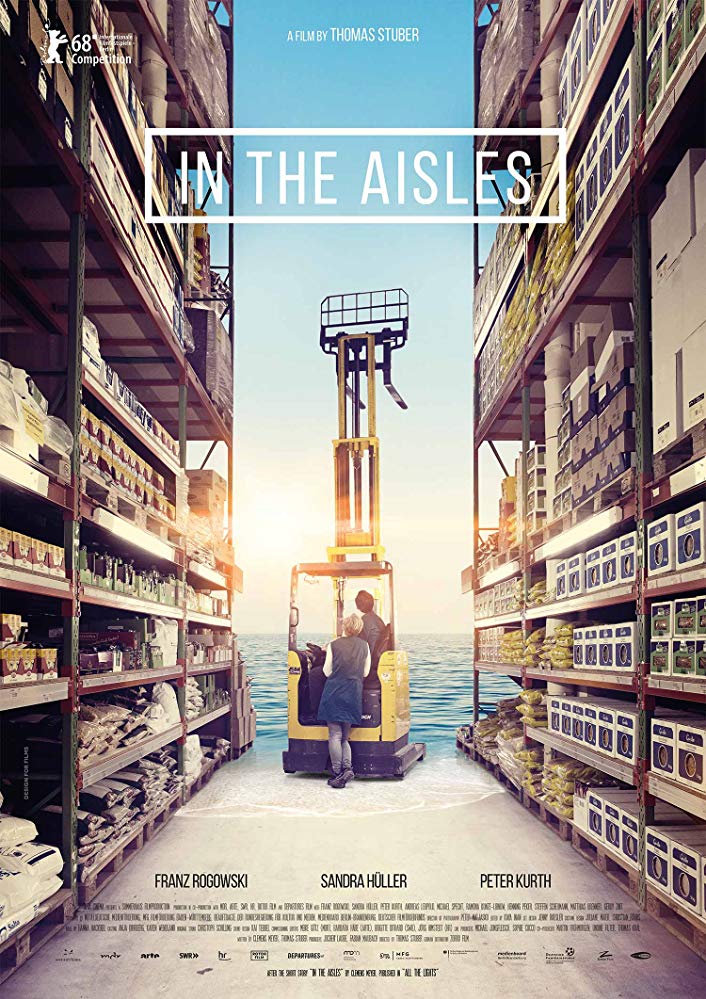 After the shy and reclusive Christian loses his job, he starts to work for a wholesale market. In the aisles he meets "Sweets"-Marion. He is instantly smitten by her mysterious charm. But Marion is married and Christian's feelings for her seem to remain unrequited, especially when Marion does not return to work one day. Christian slowly becomes a member of the wholesale market family and his days of driving fork lifts and stacking shelves mean much more to him than meets the eye.

“A lyrical portrait of emotionally damaged misfits sharing a soulless working environment in contemporary East Germany, In the Aisles is full of tender observation and humane empathy for its downtrodden protagonists.”  -Hollywood Reporter