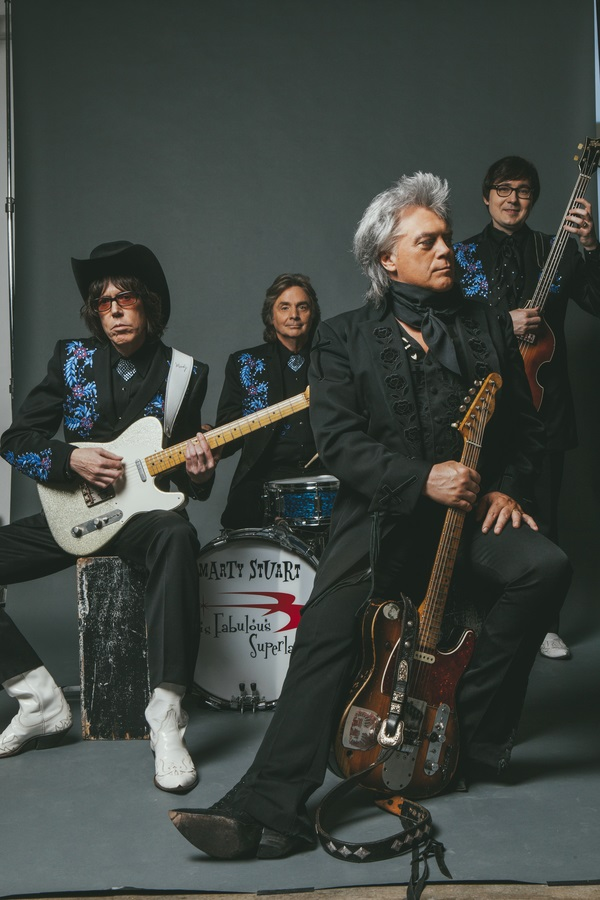 Marty Stuart and His Fabulous Superlatives: The Way Out West Tour

Marty Stuart and His Fabulous Superlatives: The Way Out West Tour

Marty Stuart released Way Out West on Superlatone on March 10, 2017, and MOJO named it one of their “Best Americana Albums of 2017.” The album was conceived as a love letter to the promised land of California by one of Country music’s living legends, who has played with everyone from Johnny Cash to Lester Flatt. NPR Music proclaims: “Way Out West is Marty Stuart’s album-length paean to the myth and magic of the American West. It finds country’s stalwart neo-traditionalist turning cosmic cowboy for a journey through the Joshua trees, shadowy canyons and desert dreams that tantalize travelers with the promise of a golden shore on the other side.” Way Out West is available on CD, vinyl, and digitally here.

Marty Stuart is a five time GRAMMY-winner, platinum recording artist, Lifetime Achievement Award recipient from the Americana Music Association, Grand Ole Opry star, country music archivist, photographer, musician, and songwriter. Since starting out singing gospel as a child, Stuart has spent over four decades celebrating American roots music. His teenage years on tour with bluegrass legend Lester Flatt in the ’70s were followed by six years in Johnny Cash’s band in the ’80s, and a chart-topping tenure as a solo artist in the ’90s. Stuart hosts a Late Night Jam at The Ryman, a yearly tradition which kicks off the CMA Music Festival, with recent guests including Dolly Parton, Jerry Lee Lewis, Neko Case, Eric Church, Chris Stapleton, Maren Morris, Dan Auerbach and many more.

Every patron, regardless of age, must have a ticket to attend performances. Please carefully consider whether a performance is appropriate for children before planning to attend.