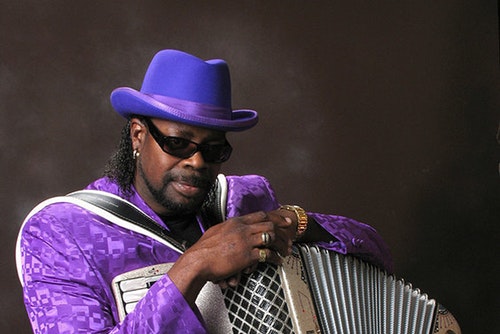 Louisiana music great C.J. Chenier was destined for Zydeco superstardom from birth. His father was the King of Zydeco, Clifton Chenier, but C.J.'s early influences were more along the lines of soul, funk, and jazz. C.J. joined his father's group, "The Red Hot Louisiana Band" as a saxophonist before switching to accordion in the mid 80's. After the death of his father in the late 80's, C.J. continued to front the famous band. In the years since he has worked with such diverse artists as Paul Simon (The Rhythm of the Saints) and Gin Blossoms (New Miserable Experience). C.J. has performed on Austin City Limits, John Stewart's show, CNN, VH1, South by Southwest Music Conference, The Chicago Blues Festival, and numerous times at the New Orleans Jazz & Heritage Festival.