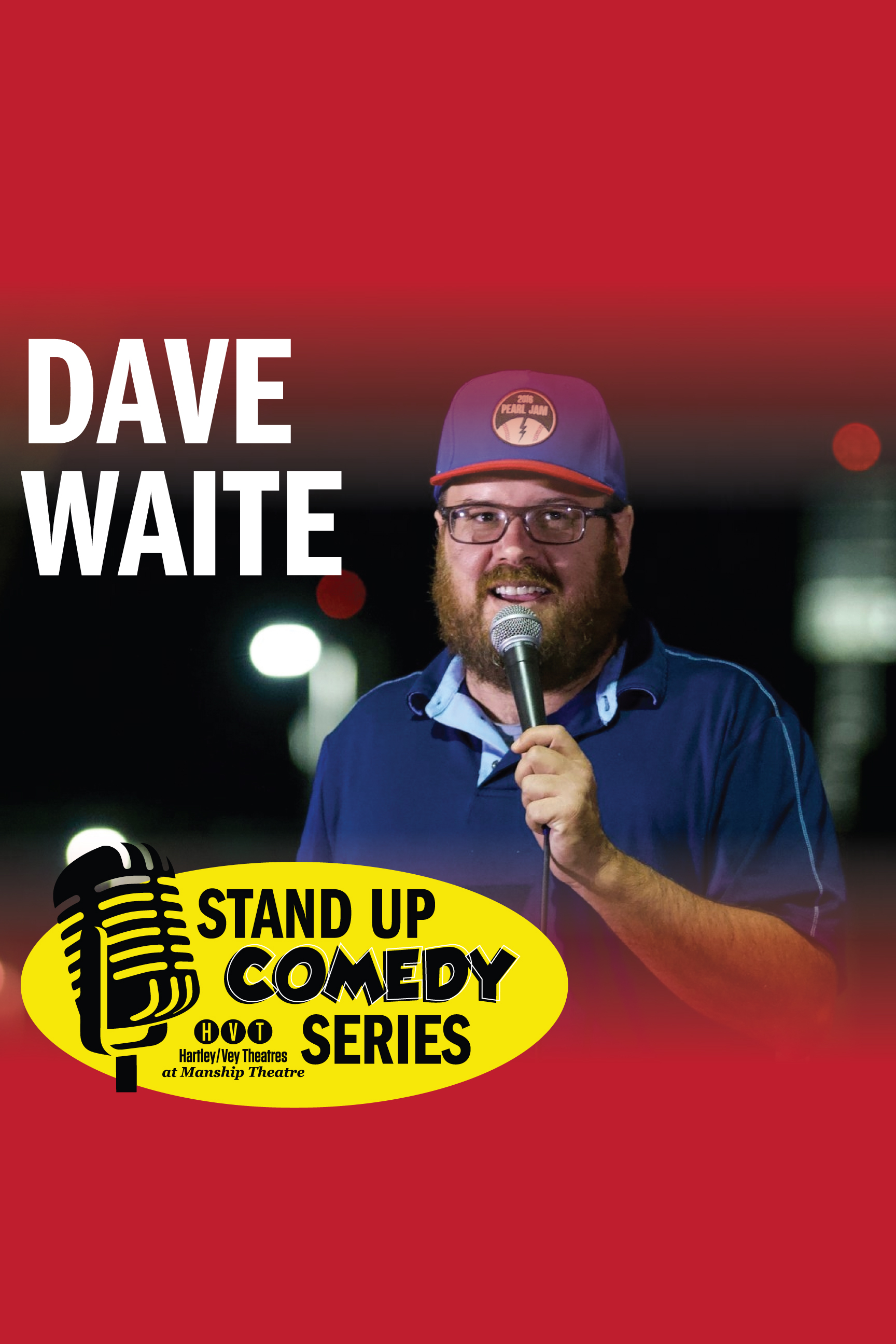 A New Series in the Hartley/Vey Studio Theatre featuring Touring & Headlining Comedians with Support from Local Acts! The show will use Cabaret Style Seating and have Full Bar in the Studio Theatre open the Entire Show.

Los Angeles-based Comedian DAVE WAITE is a charismatic oddball whose shows are NON-STOP FUN. Thanks in part to stellar performance on LATE NIGHT WITH JIMMY FALLON, COMEDY CENTRAL’S NOT SAFE WITH NIKKI GLASER, AND LAST COMIC STANDING, Comedy fans everywhere are enthralled by the Kentucky native's offbeat outlook on life.

He is the founder of Lafayette Comedy and has written comedy columns for The Laugh Button, The Daily Advertiser, and The Times of Acadiana.

STAY TUNED FOR UPDATES TO THE LINEUP!

‍The Entrance to the Hartley/Vey Studio Theatre is on North Blvd, across from the Old State Capitol. Every patron, regardless of age, must have a ticket to attend performances. Please carefully consider whether a performance is appropriate for children before planning to attend.