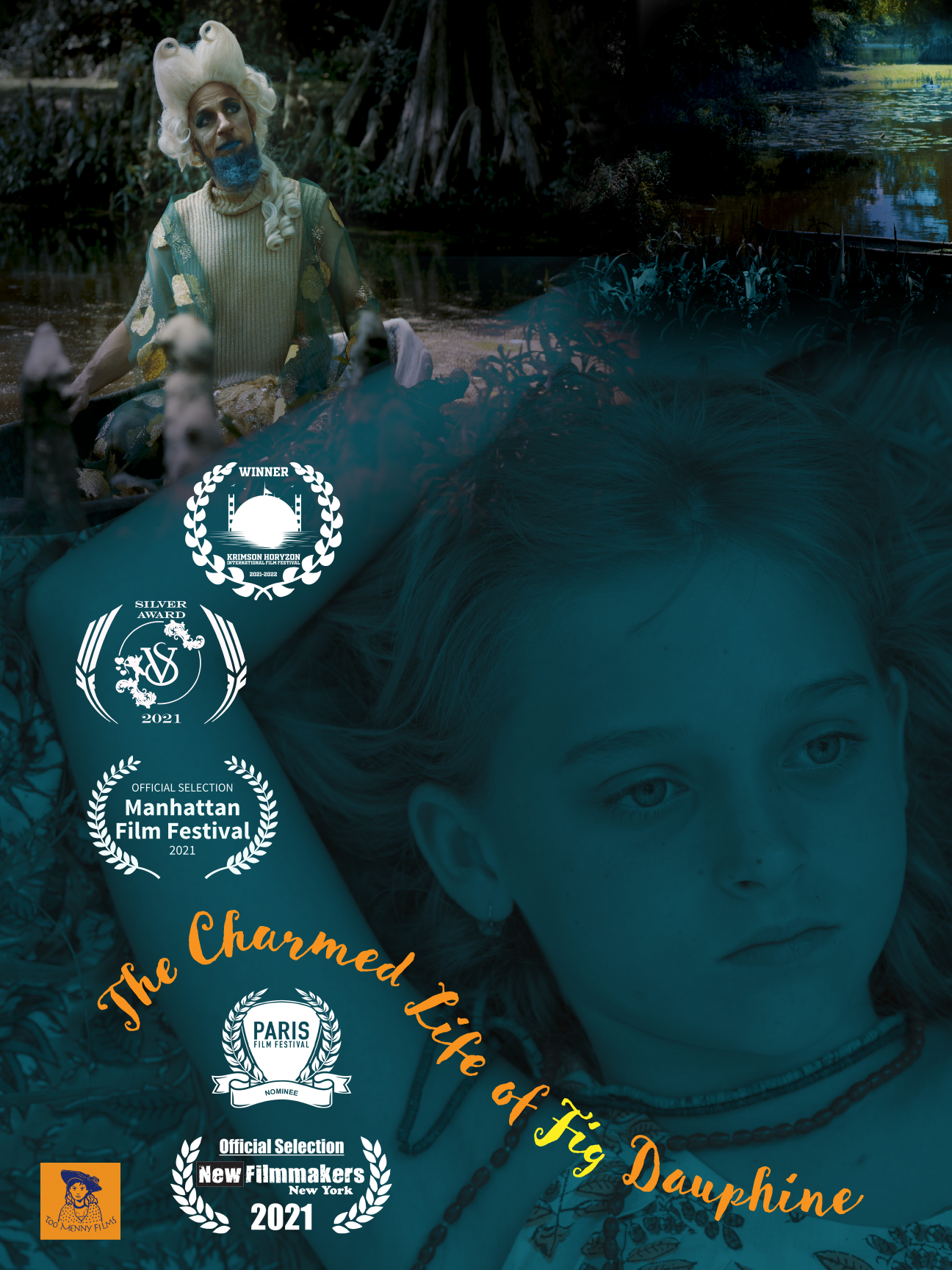 Featuring a Q&A with the filmmakers!

A child fortune-teller in New Orleans leads her teenage sidekick through escapades involving unruly gangsters and drag queen known as The Countess, while trying to solve the mystery of her unwitting birth father.

Gretchen Zufall is a Brooklyn filmmaker, originally from Baton Rouge, Louisiana. She
wrote and directed the feature film, The Charmed Life of Fig Dauphine, which was
conceived while going home to New Orleans for the holidays. Fig was written on an
iPhone while traveling to and from Manhattan on the NYC subway system. It is currently
on submission to Film Festivals for 2021. It has so far been accepted to New
Filmmakers NY Film Festival, and won Best Coming of Age Film from the Manhattan
Film Festival, Best New Filmmaker from the Virgin Spring Cinefest, Best New
Filmmaker from the Krimson Horyzon International Film Festival and, was nominated for
Best Original Song at the Paris Film Festival. After attending Graduate Film School at
NYU, she co-wrote and published a book called Screen Kisses: Quotes of Love, Sex,
and Romance from the Movies. She later worked as a story analyst for New Line
Cinema and Universal Studios where she wrote coverage for over four hundred
manuscripts. Gretchen has written more than ten feature screenplays, and has made it
through the first round of screenplay submissions to Sundance twice. She wrote and
published a kid’s e-book that reminds some of Stranger Things called, The Boogeyman
from Planet Lackawanna. Gretchen wrote and directed the web series, Lulu Loves
Brooklyn, which premiered at the Manhattan Film Festival. Gretchen is currently working
on her second feature film, The Namesake, which is a comedy about two broke, young
women who escape their money troubles in New Orleans for a weekend in Cajun
Country.

Hardy Justice recently started a new film and television production company called Illuminated
Content with Liev Schreiber and Matthew Stillman (of Stillking). Previously he was Senior Vice
President of Maven Pictures, where he headed up development for the company’s New York
office. He is an exec-producer on such films as Andrea Arnold’s AMERICAN HONEY (winner of
the Jury Prize at Cannes Film Festival), a co-producer on Richard Linklater’s BERNIE (starring
Jack Black and Shirley MacLaine), the Toronto Film Festival selection Berman and Pulchini’s
GIRL MOST LIKELY (starring Kristin Wiig and Annette Benning and based on the blacklist
script), the SXSW genre film WILDLING (starring Bel Powley and Liv Tyler), SKIN (starring
Jamie Bell and Danielle McDonald) and HUMAN CAPITAL (starring Liev Schreiber, Marisa
Tomei, Peter Scarsgaard, Maya Hawke and Alex Wolff).
Prior to Maven, he headed up the New York development office at Scott Rudin Productions,
where he worked on such films as Nora Ephron’s JULIE AND JULIA, Wes Anderson’s
FANTASTIC MR. FOX, Nancy Meyer’s IT’S COMPLICATED, Noah Baumbach’s GREENBERG
and THE SOCIAL NETWORK.
As an executive at Tribeca Productions, Mr. Justice headed up development and production for
Robert DeNiro’s film company, where he worked on a number of critically acclaimed and box
office hits including such comedies as MEET THE FOCKERS (highest grossing comedy of all
time with box office of $500MM), MEET THE PARENTS (over $100MM), and ANALYZE
THIS/ANALYZE THAT (over $100MM), as well as such varied films as Academy Award
Nominated WAG THE DOG, RENT, and THE GOOD SHEPHERD.
He produced the film STAGE BEAUTY for director Richard Eyre and served as primary
producer on set for this and other Tribeca films.
He Co-Produced the Academy-Award nominated (Best Screenplay) film ABOUT A BOY, starring
Hugh Grant and Rachel Weitz, and has produced projects for television, including movies for
Comedy Central, as well as series and mini-series for HBO. He has also served a mentor for the
Sloan Foundation screenwriting fellowship and as an adjunct professor at New York University.