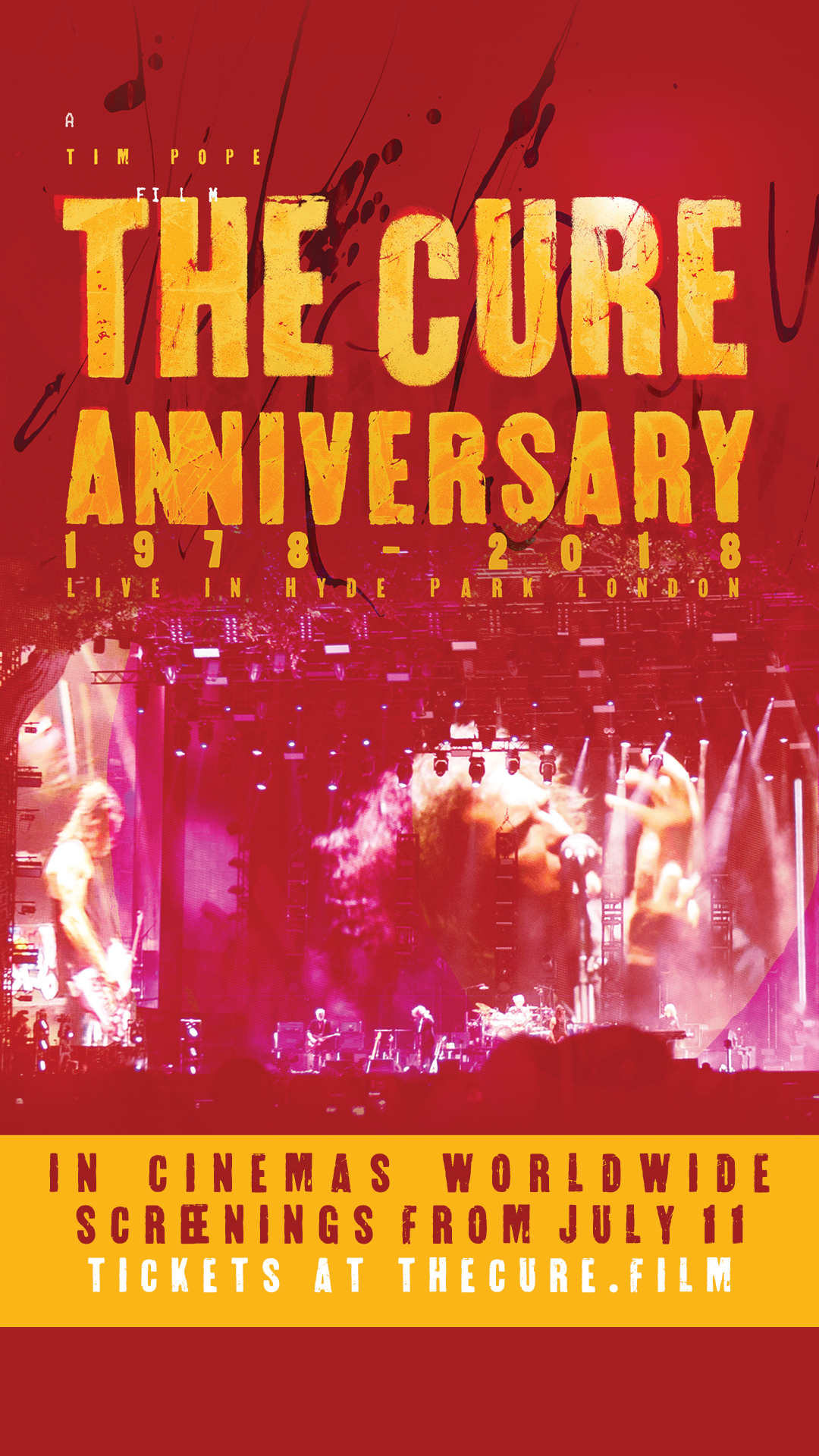 Directed by long-time Cure collaborator Tim Pope, Anniversary 1978-2018 celebrates 40 years of The Cure, cementing them as one of the defining rock bands of music history. The film sees The Cure take the stage on a perfect July evening in London’s Hyde Park to deliver a set of a songs celebrating four decades of music making. The ensuing film Anniversary 1978-2018 directed by long-time collaborator Tim Pope, captures them in glorious 4K. The 5.1 audio mix by Robert Smith and Paul Corkett complements and completes this fabulously immersive cinematic experience. From Lovesong to Lullaby, from Boy’s Don’t Cry to Burn, from Fascination Street to Friday I’m In Love, Robert Smith and his extraordinary band – Simon Gallup, Jason Cooper, Roger O’Donnell and Reeves Gabrels – take us on a magical trip through time. The now seminal gig received widespread critical acclaim including five stars from The Independent, calling it “a perfect set”. Rolling Stone said there was a “unique power in The Cure’s live performance”, whilst NME called it “epic” and The Metro awarded four stars saying that the show was a “testament to how iconic The Cure’s music is that ticket-holders covered all generations”.