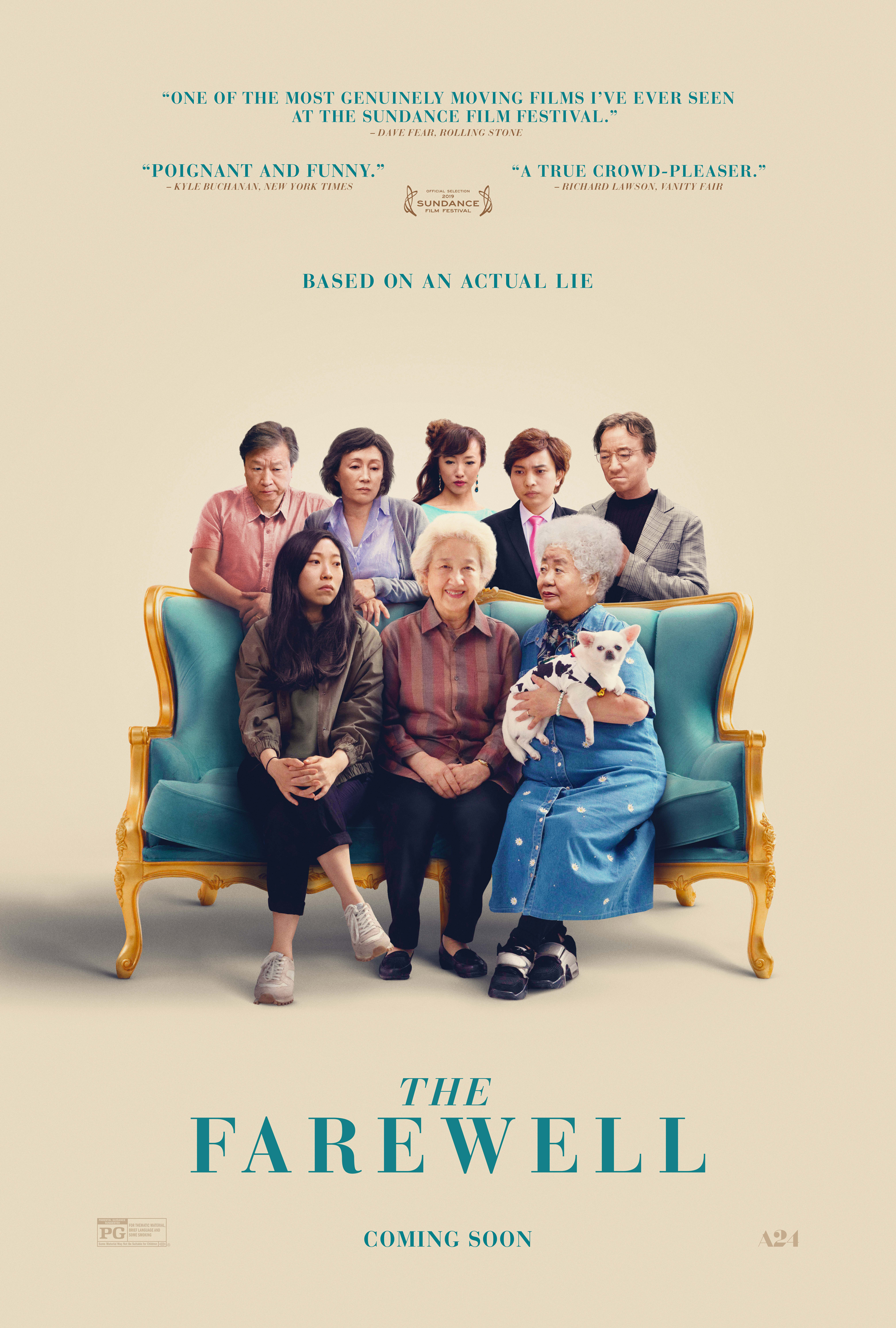 Aspiring Chinese-American writer Billi (Awkwafina) maintains a close relationship with her grandmother (Zhao Shuzhen)—Nai Nai (Mandarin for paternal grandmother)—who lives in Changchun, China. After receiving a rejection letter for a Guggenheim Fellowship, Billi discovers from her parents, Haiyan (Tzi Ma) and Jian (Diana Lin), that Nai Nai has been diagnosed with terminal lung cancer, and is predicted to have only a few months left to live.Through deception and manipulation of medical test results, the diagnosis is kept secret from Nai Nai herself. Nai Nai is, instead, falsely told that her recent doctor visits are merely for benign findings. A wedding for Billi's cousin, Hao Hao (Chen Han), from Japan has been planned in China, as an excuse to unite the family together and spend what is expected to be one last time with Nai Nai.