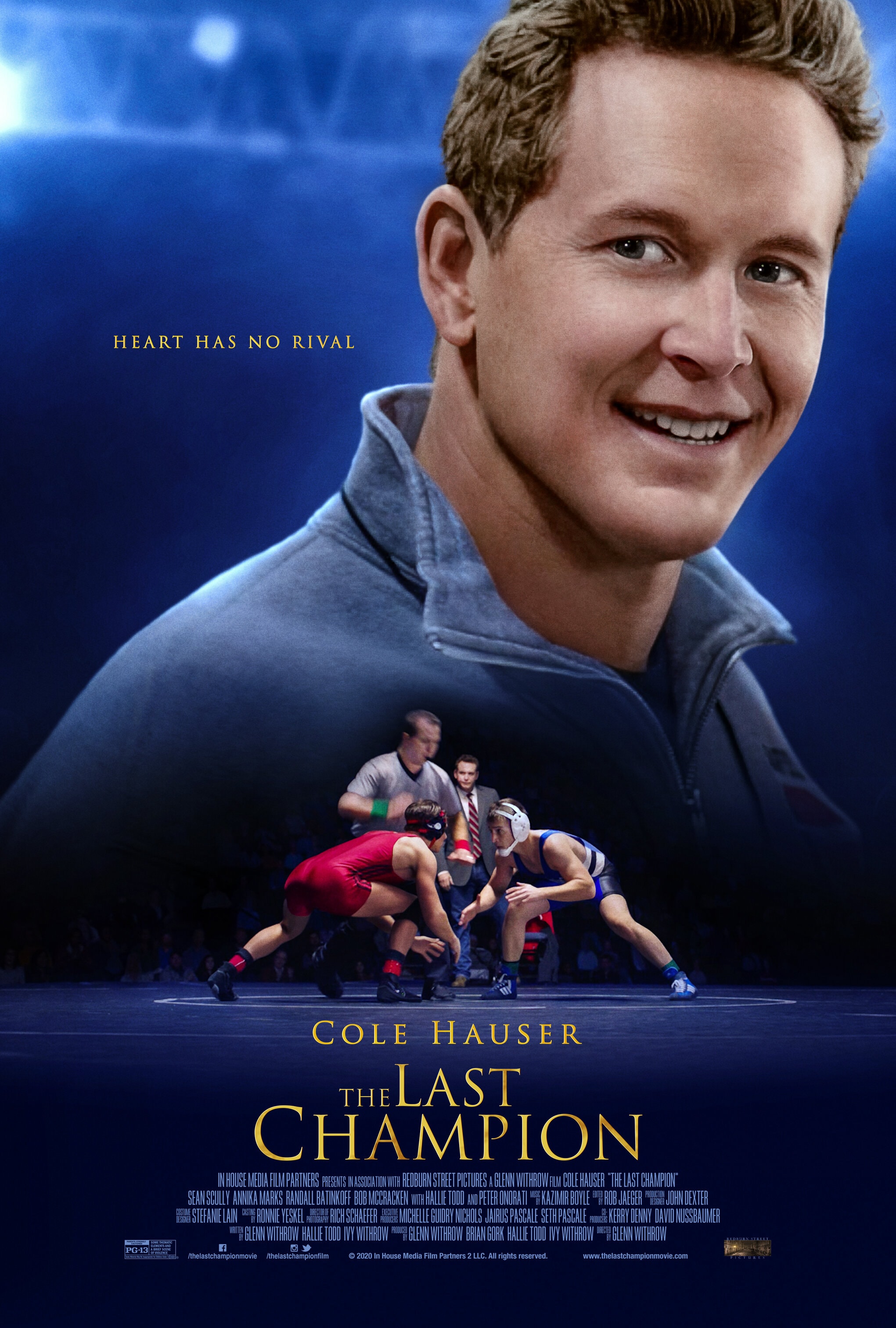 The Last Champion with Filmmaker Q&A

The Last Champion with Filmmaker Q&A

Featuring a Q&A and Meet and Greet with the Filmmakers!

John Wright was a hometown hero - the powerful star of his high school wrestling team and a promising Olympian. However, one bad decision destroyed his dreams and forced him to leave under a cloud of scandal that has haunted him ever since.

As an actor, Glenn starred and co-starred in over thirty movies and television series. His most memorable time as an actor was when he was cast in TheOutsiders, directed by Francis Ford Coppola. He went on to work withCoppola on his next three films, Rumble Fish, The Cotton Club andPeggy Sue Got Married. “The experiences I had working with Francis were master classes in directing. I was there as an actor but also as a film student. I studied everything Francis did, from how he worked with the crew and talent, to his relationship with his children on the set. I loved how he involved them in every aspect of his filmmaking and I have made it a point to follow that example with my family.” After working for fifteen years in front of the screen, Glenn made the decision to tackle new challenges: writing, directing and producing. In his mid-thirties and with a newborn daughter, he stopped his acting career and went to film school, determined to be an independent filmmaker. He became a member of The Writer’s Guild of America(WGA) after selling his first script to Walt Disney Studios. He eventually went on to build his own photography and production rental studio in Burbank, CA, which he operated for ten years. His first feature, The Mooring, a suspense thriller which he co-wrote with his wife Hallie Todd and daughter Ivy Withrow, was picked up for distribution by Lionsgate Entertainment. TheMooring debuted at the Neuchâtel International Fantastic Film Festival(NIFFF) where Glenn and his family were guests of honor. He has recently completed the award-winning film The Last Champion.

HallieTodd is best known to audiences for her role as “Jo McGuire” on Disney’s hit series Lizzie McGuire and The Lizzie McGuire Movie for which she was recognized as one of the “Top Ten TV Moms of All Time” by CNN. She was born and raised in Los Angeles and received her acting training at the Pacific Conservatory of Performing Arts. Her first break was a starring role oppositeAnn-Margret in the film Who Will Love My Children. A long and successful television career followed, beginning with a five-year run in Showtime’s groundbreaking comedy, Brothers. In addition to her six series-regular roles and films, she has guest-starred on multiple television shows. Married toGlenn Withrow since 1991, the couple write and produce with their daughter, Ivy Withrow. Todd starred in their first movie, The Mooring, which was released by Lionsgate Entertainment. The Last Champion is their latest feature film, in which she also stars.

Ivy Withrow is a filmmaker and lawyer from Los Angeles, California. She began screenwriting and producing independent feature films in high school, beginning with The Mooring,a suspense thriller selected to play at the Neuchâtel International FantasticFilm Festival (NIFFF) in Switzerland and distributed by Lionsgate. Prior to graduating magna cum laude with a Bachelor’s Degree in Art History from ChapmanUniversity, she co-wrote The Last Champion and co-produced the movie while earning a Juris Doctor and a Diploma in Comparative Law at LSU'sPaul M. Hebert Law Center. She is the founder of Redburn Street Pictures and a member of the Louisiana Bar and the Writer’s Guild of America.

‍ALL PATRONS, REGARDLESS OF AGE, MUST HAVE A TICKET TO ATTEND PERFORMANCES. PLEASE CAREFULLY CONSIDER WHETHER A PERFORMANCE IS APPROPRIATE FOR CHILDREN BEFORE PLANNING TO ATTEND.