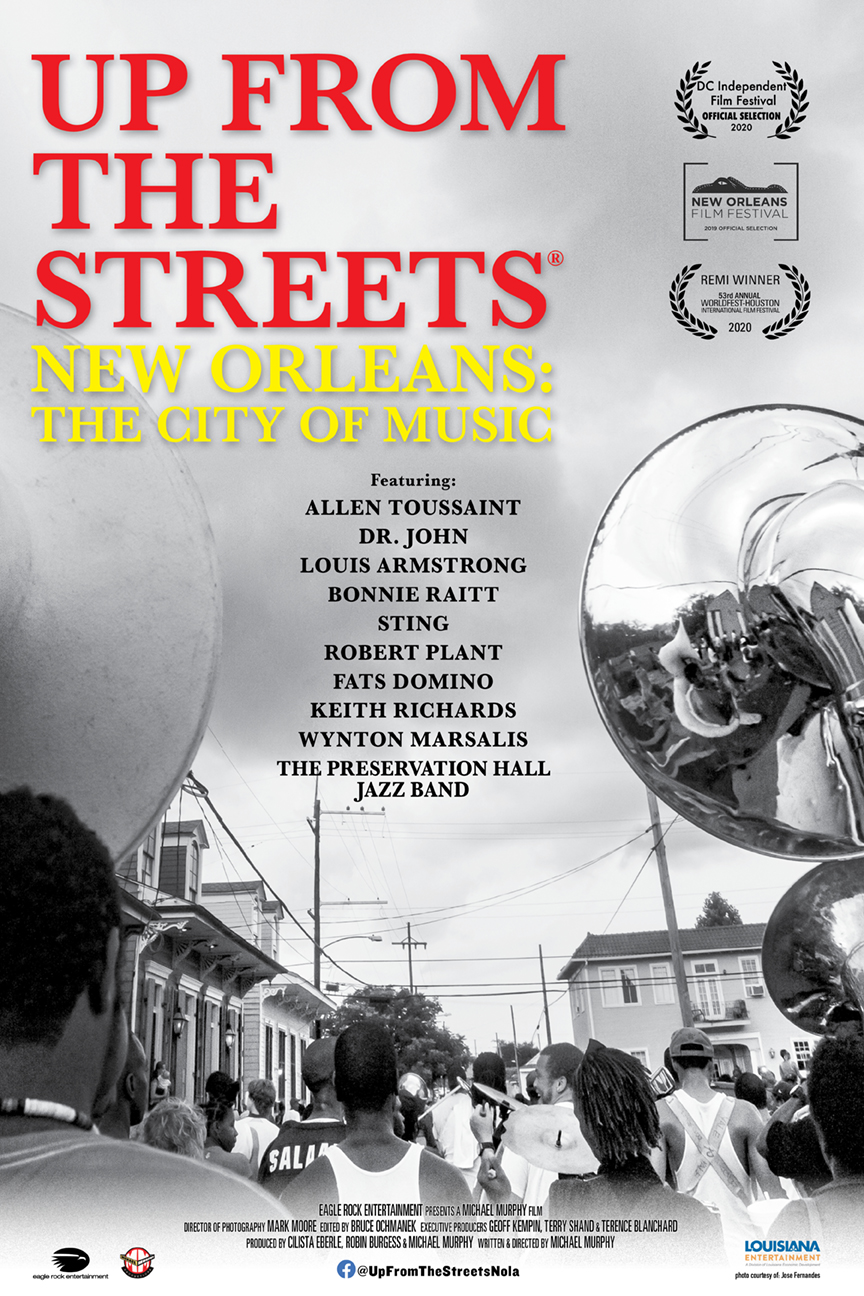 Manship Theatre is thrilled to partner with Universal Music Group to bring you the new film UP FROM THE STREETS, available to stream starting May 20th. You can even purchase film passes as a gift to send to friends and family! A portion of the proceeds will go to support Manship Theatre as well as the The New Orleans Jazz & Heritage Foundation’s Music Relief Fund.

Synopsis: Tip your hat to jazz music and the recently cancelled annual Jazz Fest in New Orleans with Michael Murphy's omnibus celebration of the music that shaped the culture of New Orleans in UP FROM THE STREETS.

“Smart, lively...a fine primer on the Crescent City and its impact on the sound of the 20th century (the 21st, too)."
The Boston Globe

“There’s undeniable pleasure in beholding so much New Orleans music-making and analysis of how and why it came to be.”
The Chicago Tribune

"The chaotic joy of a brass band strolling down a French Quarter street, attracting people of all stripes to come together and celebrate life, if only for a while."
Austin Chronicle