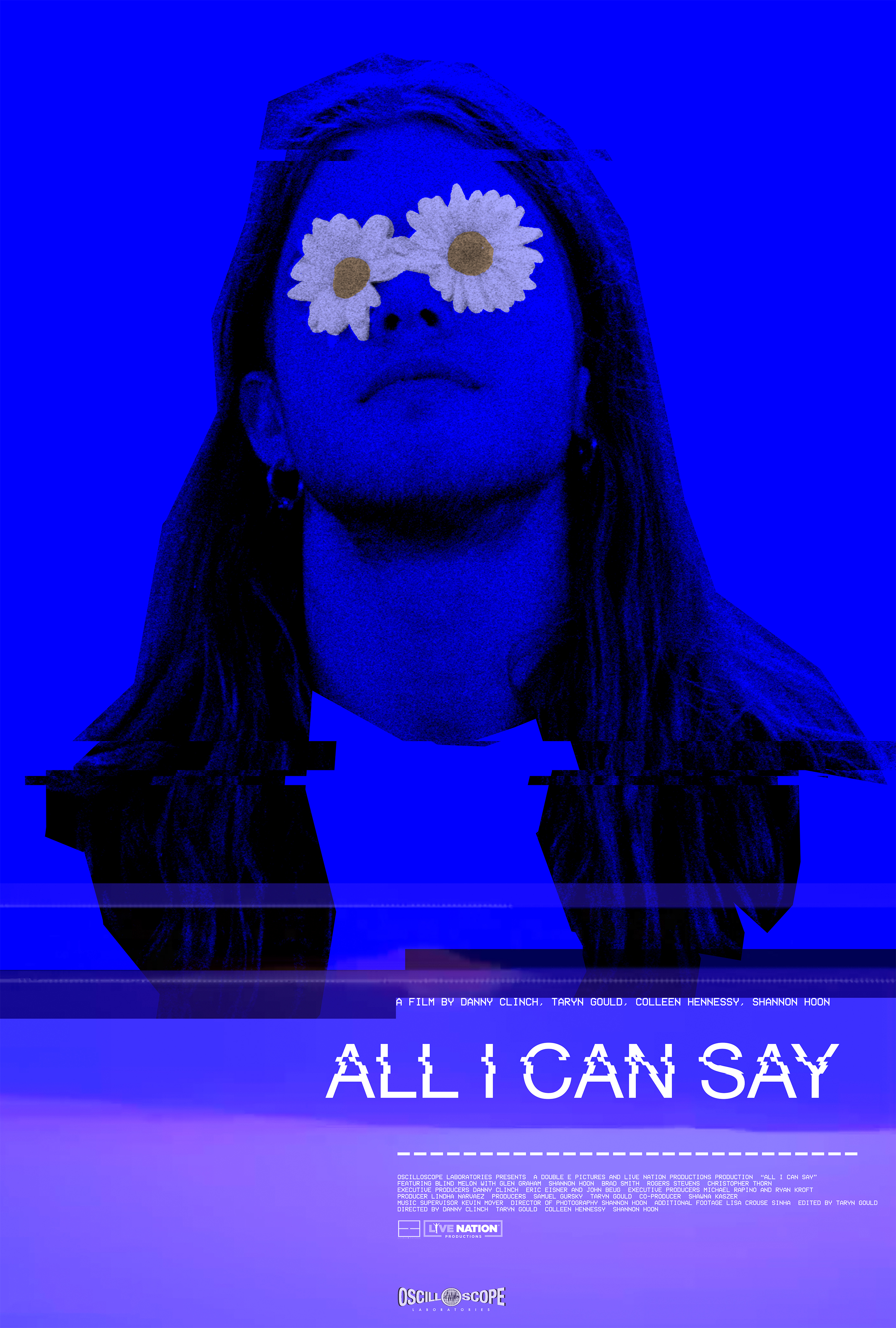 Manship Virtual Cinema: All I Can Say

Manship Virtual Cinema: All I Can Say

R for Nudity and Language

All I Can Say (2019): Virtual Cinema Available until August 30th

If you missed this amazing music documentary on our big screen you still have a chance to catch it (and support Manship Theatre!) from the comfort of your own home!

Shannon Hoon, lead singer of the rock band Blind Melon, filmed himself from 1990-95 with a Hi8 video camera, recording up until a few hours before his sudden death at the age of 28. His camera was a diary and his closest confidant. In the hundreds of hours of footage, Hoon meticulously documented his life – his family, his creative process, his television, his band’s rise to fame and his struggle with addiction. He filmed his daughter’s birth, and archived the politics and culture of the 90’s, an era right before the internet changed the world. Created with his own footage, voice and music, this intimate autobiography is a prescient exploration of experience and memory in the age of video. It is also Shannon Hoon’s last work, completed 23 years after his death