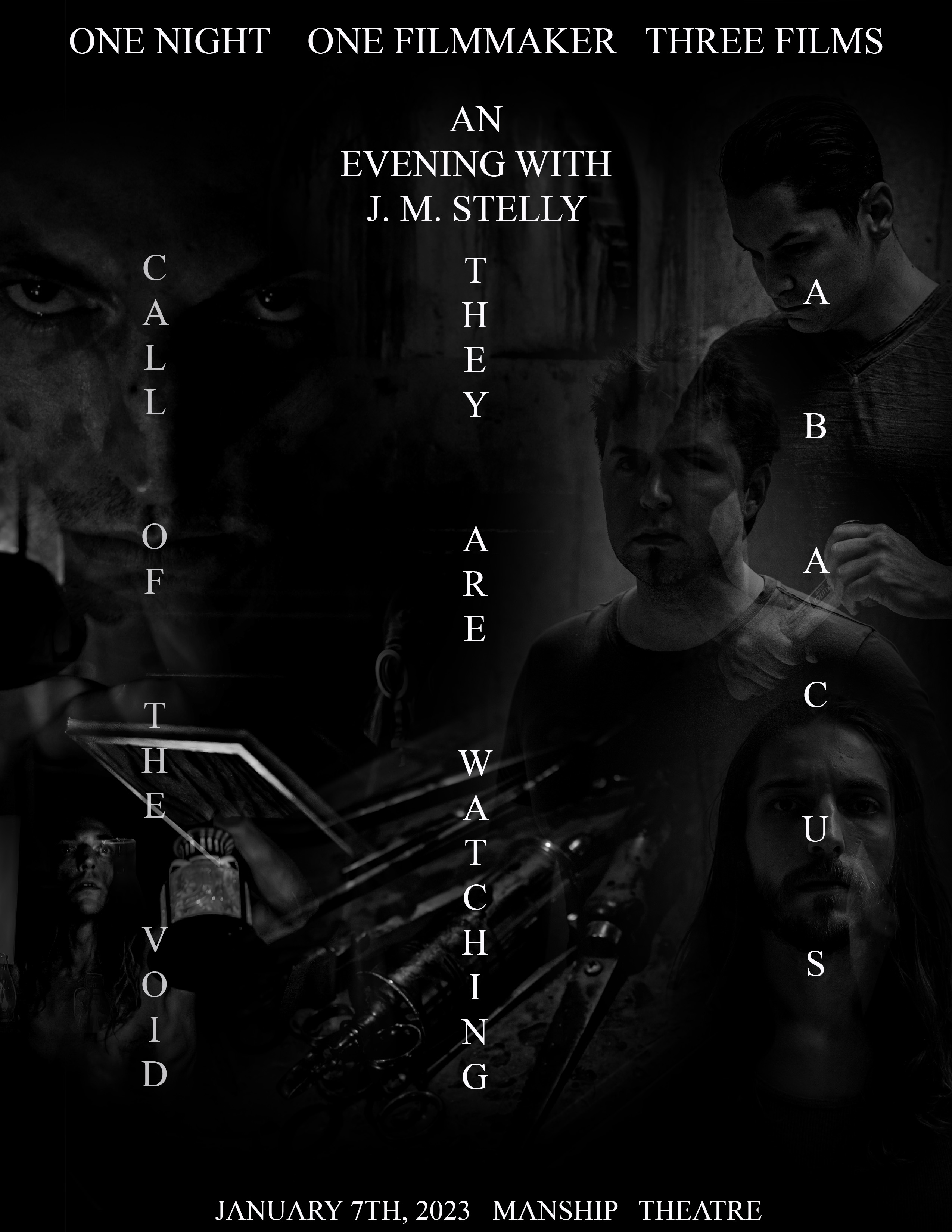 One Night. One Director. Three Films.

Presented by Louisiana Entertainment a division of Louisiana Economic Development

Filmmaker J. M. Stelly presents his next three feature films for one night only at Manship Theatre. Over the past several years, Stelly has filmed three very different films ranging from Silent Horror to tense Thriller.

J. M. Stelly is a director from Baton Rouge, Louisiana. Stelly directed his first film in 2009 "Within Madness". The film would go through years of edits and additional footage before receiving domestic distribution in America through LC Films. Stelly has also worked with Warner Music and a number of artists directing music videos for DOWN, COC, To Kill a Party and Jason Martin to name a few. Stelly has also directed a number of shorts with his film "The Prologue" receiving the most attention and being featured by Eli Roth's Crypt TV. In 2019 J. M. Stelly released “The Demonologist”, his biggest film to date, through Uncork’d and is working on finishing his three latest features, ABACUS, THEY ARE WATCHING. and CALL OF THE VOID.

ABACUS: Three men wake up in an elevator shaft room confused and on high alert. As they try to come to terms with their situation, they find themselves in a game of choices and survival known as ABACUS. Over the course of eight hours they must make a fatal decision that not only affects them all but the ones they love. As time goes on, they begin to discover information about one another that motivates their reactions and ultimately leads to a finale where only one man can remain alive. ABACUS is a tense and emotional thriller where one decision can lead to a domino effect of life or death.

THEY ARE WATCHING - Two friends who run an online channel have embarked on the strange and unusual for years when they decide to search the deep under belly of the dark web for something known as Dark Web Mystery Boxes. As they journey down this road, they soon find themselves in the cross hairs of a dark group of individuals who run online torture for pay videos known as Red Rooms. As things get darker, the two are faced with the consequences of their journey and soon they discover that truth is much stranger and far more dangerous than fiction. THEY ARE WATCHING is a unique blend of found footage style shooting mixed with a dark cinematic world that reveals the horrors of the world best left a secret.

CALL OF THE VOID - Half silent film, half narrated, CALL OF THE VOID is the journey of a man known as The Painter as he falls deep into the world of opium addiction. As his life begins to fall into a repetitive hell, he finds himself listening to voices of his past and future. As he spirals into a sense of confusion, he is met with the haunting appearance of a darkness known only as The Void and the death that awaits him in the darkness of his very soul. Inspired by films of the past and German Expressionism, Call of the Void is a deep look at the horrors of the darkness within and the loneliness we face in the absence of our inner light.